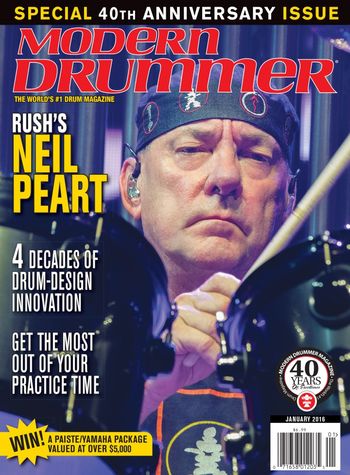 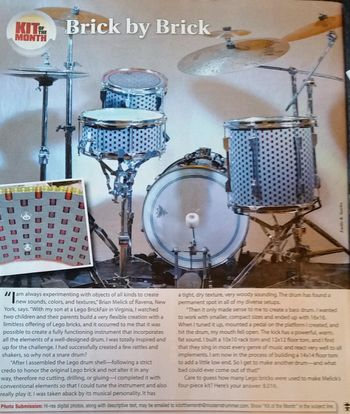 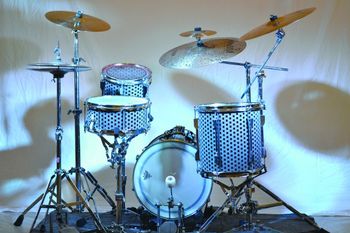 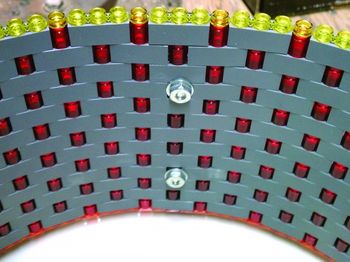 “I am always experimenting with objects of all kinds to create new sounds, colors, and textures,” Brian Melick of Ravena, New York, says. “With my son at a Lego BrickFair in Virginia, I watched two children and their parents build a very flexible creation with a limitless offering of Lego bricks, and it occurred to me that it was possible to create a fully functioning instrument that incorporates all the elements of a well-designed drum. I was totally inspired and up for the challenge. I had successfully created a few rattles and shakers, so why not a snare drum?

“After I assembled the Lego drum shell—following a strict credo to honor the original Lego brick and not alter it in any way, therefore no cutting, drilling, or gluing—I completed it with conventional elements so that I could tune the instrument and also really play it. I was taken aback by its musical personality. It has a tight, dry texture, very woody sounding. The drum has found a permanent spot in all of my diverse setups.